20% Increase in Efficiency with RTK Accuracy

They first tried a different system, but as farm manager Tim Davies puts it, “Nothing went right with it,” and after-sales service and support were non-existent. After just one season, they decided to look for a new system.

Upon consulting their Massey Ferguson dealer, as well as conducting a survey on a British farming Facebook group, they decided on Trimble and began working with reseller Vantage Ireland in 2017.

The farm started with a TMX-2050 display and Autopilot with full RTK accuracy on an 8480 Massey Ferguson tractor, which they use for ridging carrot beds. Because the tractor is from 2008 and didn’t

have GPS capabilities, it needed a new motor drive and steering wheel installed. It took about two days to retrofit the tractor.

“To get the exact acreage with GPS is brilliant from a costing point of view,” Tim Davies, Leo Dunne Ltd. farm manager

While Davies had previous experience with GPS guidance, he found the TMX-2050 to be very user-friendly, even for employees who had never used GPS before. He trained six employees on the system and says after walking them through it a couple of times, they seem to be doing well with it.

Benefits showed up almost immediately once they began using the technology.

“I saw straight away that we were doing more acres an hour because it was a lot more accurate,” Davies says.

For example, before the drivers were doing three-point turns in the headlands before making their next pass. With Autopilot on RTK accuracy, the tractor follows a circular path, eliminating the need for three-point turns. Now when a tractor enters the field, it’s always moving forward and should never have to stop, resulting in significant time savings.

Davies estimates they’re now 20% more efficient in the field than they were before.

“If a driver cultivates by eye, he would probably end up doing two or three trips extra because he’s overlapping,” he explains. “When you put that across hundreds of acres, you’re going to save time.”

Not having to focus on steering also allows the driver to focus on what’s happening behind the tractor. Whether it’s cultivating, sowing, or spreading fertilizer, being able to watch the operation taking place ensures greater accuracy and efficiency.

Davies is also better able to maximize employee time because a driver can look at the display and tell him how many acres he’s completed and how many he has left. This allows Davies to plan the day better and ensure he gets a good day’s work out of everyone.

Knowing the exact acreage of their fields is another benefit of using the TMX-2050 with Autopilot on RTK accuracy. When sowing hundreds of thousands of carrot seed per acre, Davies says it’s important to know whether a field is actually 16 acres instead of 17, to ensure they’ve got the right amount of inputs for the field. He expects this will provide an even greater return on investment once they begin using the technology on their sprayer and fertilizer operations.

It’s also important because field sizes in Ireland are smaller compared to the rest of Europe. Leo Dunne’s fields range from as small as 5.5 acres to 54 acres, with the carrot and vegetable fields averaging around 10 acres.

“You have to utilize every square inch of the field right up to the hedge,” Davies says. “If I’m going to put seven spray applications on from pre-emerge to harvest, to get the exact acreage with GPS is brilliant from a costing point of view.”

After a year with the one display, the farm decided to add a second TMX-2050 with Autopilot to its 7726 Massey Ferguson tractor, which is used for shaping the vegetable beds.

Having two TMX-2050 displays allows them to use Vehicle Sync so the 8480 tractor can wirelessly transfer the AB lines to the 7726. Because the 7726 now follows the exact same path as the 8480, it’s eliminated any discrepancies in the beds — an important factor in carrot production, Davies says.

“We have to have the sower as wide as possible on that bed, so you can have as much growing space as possible for the carrots,” he explains. “If those beds are not accurate, the sower keeps falling on and off the bed, which then just means you’re losing crops.”

Leo Dunne plans to continue investing in more TMX-2050 displays and Autopilot receivers — ideally, Davies would like at least four or five units, with one for fertilizing and one for spraying, so he can also use variable-rate control to further increase accuracy and cost savings.

He’s also looking into Trimble Ag Software, which would allow him to view where the tractors are from his laptop, what acres they’ve covered and how fast they’re going. He’s also considering adding TrueTracker implement steering. But one of the main reasons Davies wants to continue investing in the GPS systems is because of the positive experience he’s had with Vantage Ireland.

He recalls how one time he called up Mick McCarthy, who handles sales, support, installation and business development for Vantage Ireland, about a problem he was having. Despite being on the west coast, McCarthy asked Davies to drop a pin of his location on Google Maps, and within two hours he was in the field to fix it.

Davies adds that McCarthy continues to send tutorial videos and calls in regularly about any updates or changes. If anything goes wrong, they’re there to fix it,” he says. “It’s a reliable company that I’d be happy to continue farming with.” 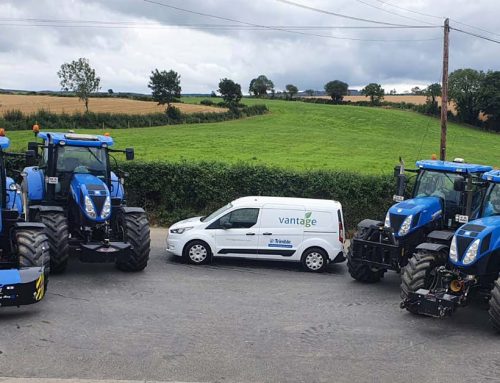 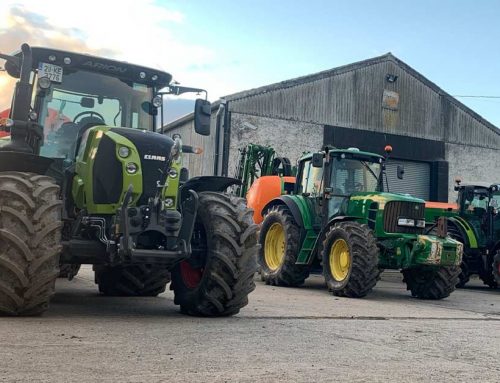 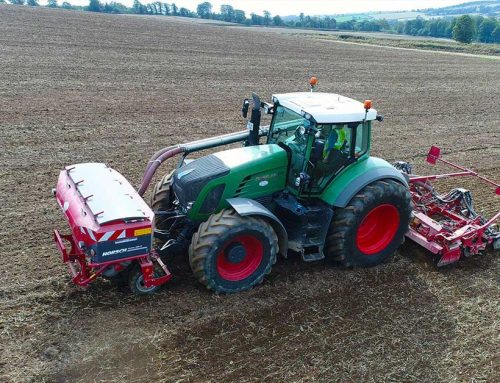 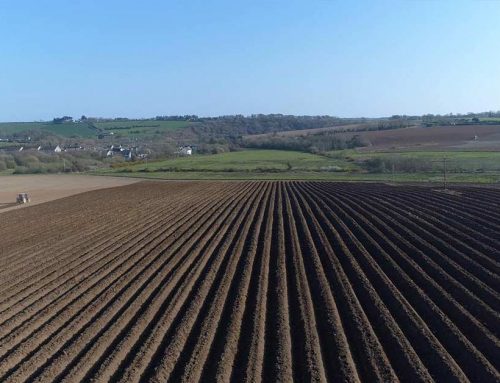 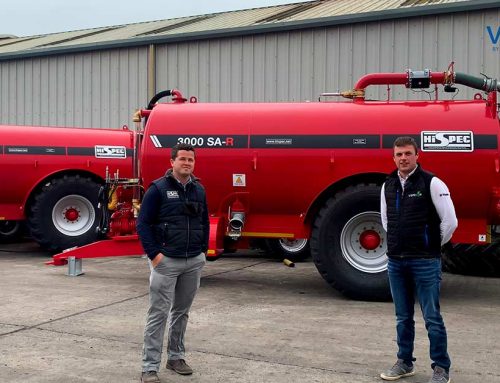